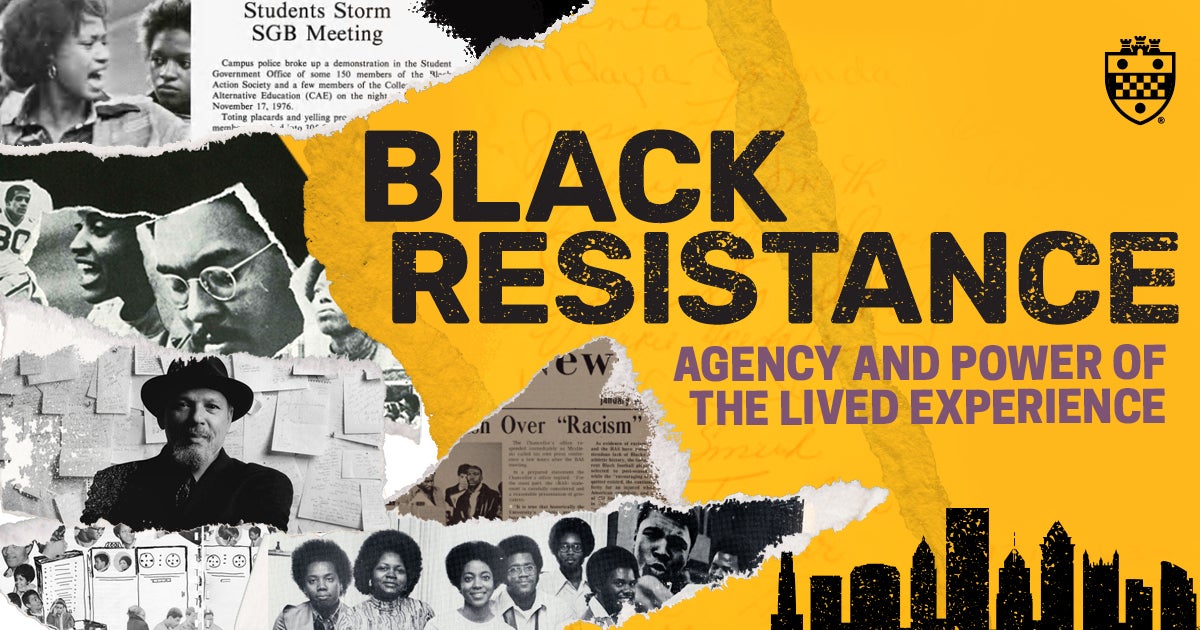 A Night of Celebration

Nominations due Feb. 6: Details and form

The University of Pittsburgh will celebrate local and campus “Heroes of Black Resistance” at an event capping its observance of Black History Month in February.

Nominations are now being accepted from both inside the University community and throughout the Pittsburgh region, said Clyde Wilson Pickett, the University’s Vice Chancellor for Equity, Diversity, & Inclusion and Chief Diversity Officer.

The deadline is Feb. 6. More information is on the website.

The event will be held at 6 p.m. Feb. 22 at the University's Alumni Hall in Oakland.

“Historically, Black resistance to injustice, inequality, and oppression has led to lasting progress in civil rights,” Pickett said. “In the face of overwhelming opposition at times, Black Americans and people of color have advocated for change. Their sacrifices and persistence have benefited all Americans through improvements in education, legislation, health care, business and industry, the workforce, and society in general.

“We're looking forward on Feb. 22 to honoring some of our Pittsburgh-area changemakers and helping to bring greater attention to their achievements.”

Awards will be presented in the categories of:

Students, faculty, staff, alumni, and community residents may be nominated.

Anyone nominating someone for an award will be asked to include their name and contact information, as well as information explaining why they have nominated someone. Top

Black History Month is celebrated annually during the month of February to acknowledge and celebrate the important contributions of people of African descent to our nation's life and culture.

Black History Month, which began as Negro History Week in 1926 under the leadership of historian, journalist, and educator Carter G. Woodson, is commemorated each year in February to coincide with the birthdays of Abraham Lincoln and Frederick Douglass.

Each year, the Association for the Study of African American Life & History recommends a theme for Black History Month that can be adopted across the nation. The theme for 2023 is “Black Resistance”:

African Americans have resisted historic and ongoing oppression, in all forms, especially the racial terrorism of lynching, racial pogroms, and police killings since our arrival upon these shores. These efforts have been to advocate for a dignified self-determined life in a just democratic society in the United States and beyond the United States political jurisdiction. The 1950s and 1970s in the United States was defined by actions such as sit-ins, boycotts, walk outs, strikes by Black people and white allies in the fight for justice against discrimination in all sectors of society from employment to education to housing.

Black people have had to consistently push the United States to live up to its ideals of freedom, liberty, and justice for all. Systematic oppression has sought to negate much of the dreams of our griots, like Langston Hughes and Zora Neale Hurston, and our freedom fighters, like the Rev. Dr. Martin Luther King, Jr., Septima Clark, and Fannie Lou Hamer fought to realize. Black people have sought ways to nurture and protect Black lives, and for autonomy of their physical and intellectual bodies through armed resistance, voluntary emigration, nonviolence, education, literature, sports, media, and legislation/politics. Black led institutions and affiliations have lobbied, litigated, legislated, protested, and achieved success. (ASALH website)

‘Agency and Power of the Lived Experience’

The University’s Black History Month committee, which represents community members from a wide variety of backgrounds and disciplines, has adopted as this year’s theme, “Black Resistance: Agency and Power of the Lived Experience.”

In-person and virtual events during February 2023 will explore how Black members of the community, both at the University and throughout the Pittsburgh area, have served as positive change agents to resist and fight back on behalf of justice, inclusion, and equal opportunity for all.

The University's signature event, the K. Leroy Irvis Black History Month Program, is hosted each year by the University’s chancellor. The program is named for K. Leroy Irvis, a 1954 graduate of the University of Pittsburgh School of Law and one of the most important and influential men in Pennsylvania history.