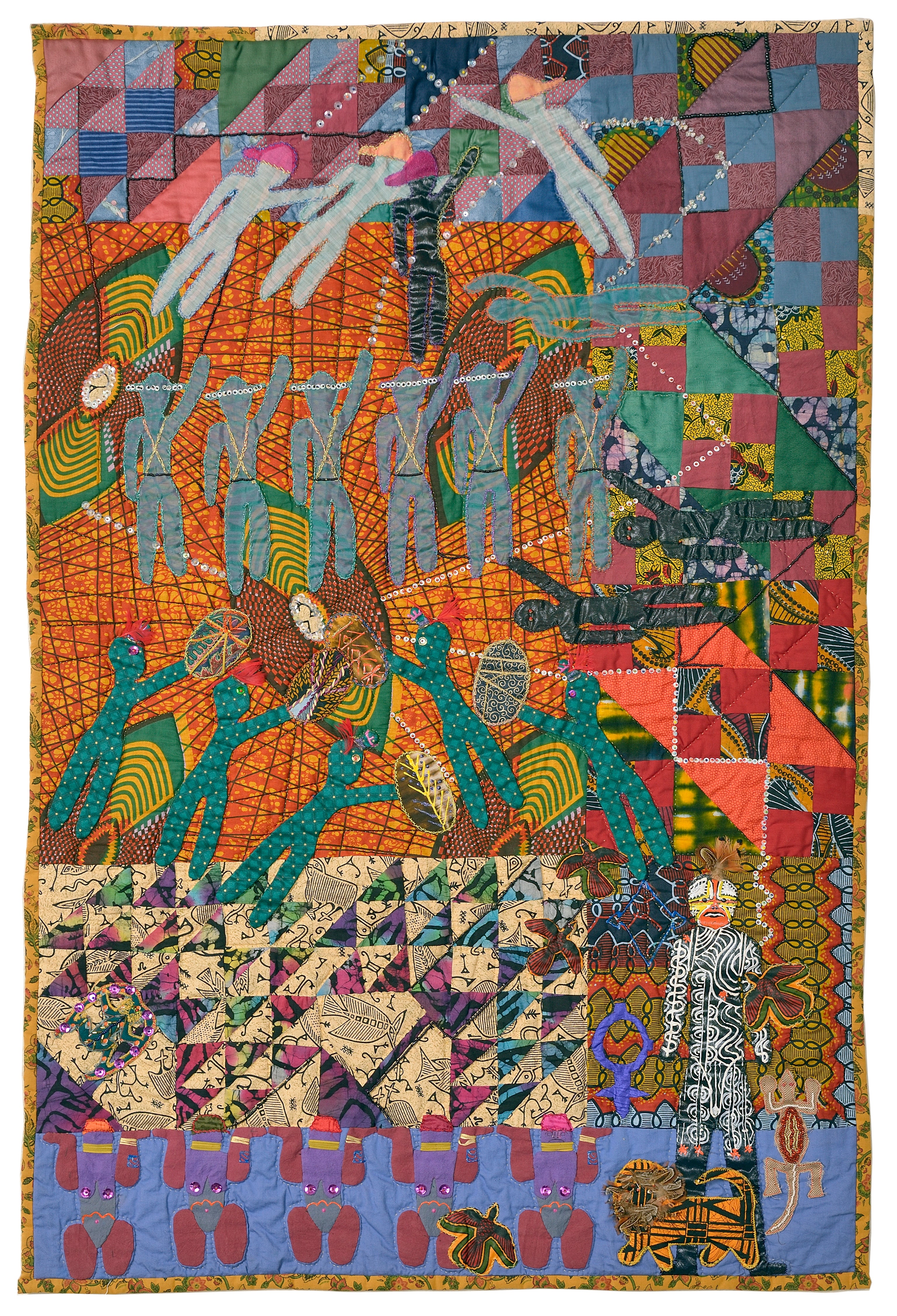 “This work is about lessons learned from past generations, lessons about love, family, and supporting one another. My hope is to bring a new vision to an ancient story. Each quilt I create is a celebration of the African American heritage. I am passionate about giving dignity to the human suffering of a stolen people. The women with outstretched arms at the bottom of the quilt support a tree of life that represents the community. The men above fight in tribal battle and modern warfare, while the men in baseball hats at the top endure modern struggles. The white string of sequins that begins at the bottom and moves upward symbolizes the ability of African American women to protect the tree of life throughout history and into the present, thus sustaining the bloodline. The materials are from various sources, including neckties that belonged to John Brewer I, the first African American school administrator in Pittsburgh and my father-in-law.” - Tina Brewer

Reproduced Courtesy of The State Museum of Pennsylvania, Pennsylvania Historical and Museum Commission

Tina Williams Brewer is an internationally renowned fiber artist known for her story quilts which explore African-American history. Brewer was born in 1949 in Huntington, West Virginia, and earned her BFA from the Columbus College of Art and Design. Brewer has exhibited in more than fifty venues across the United States and is represented in several major museum collections. Her work has been exhibited in the United States Embassies in Sudan and Ghana. She was awarded a Lifetime Achievement Award from the Pittsburgh Center for the Arts in 2009, and the Pennsylvania Governor’s Award for the Arts in 2018.