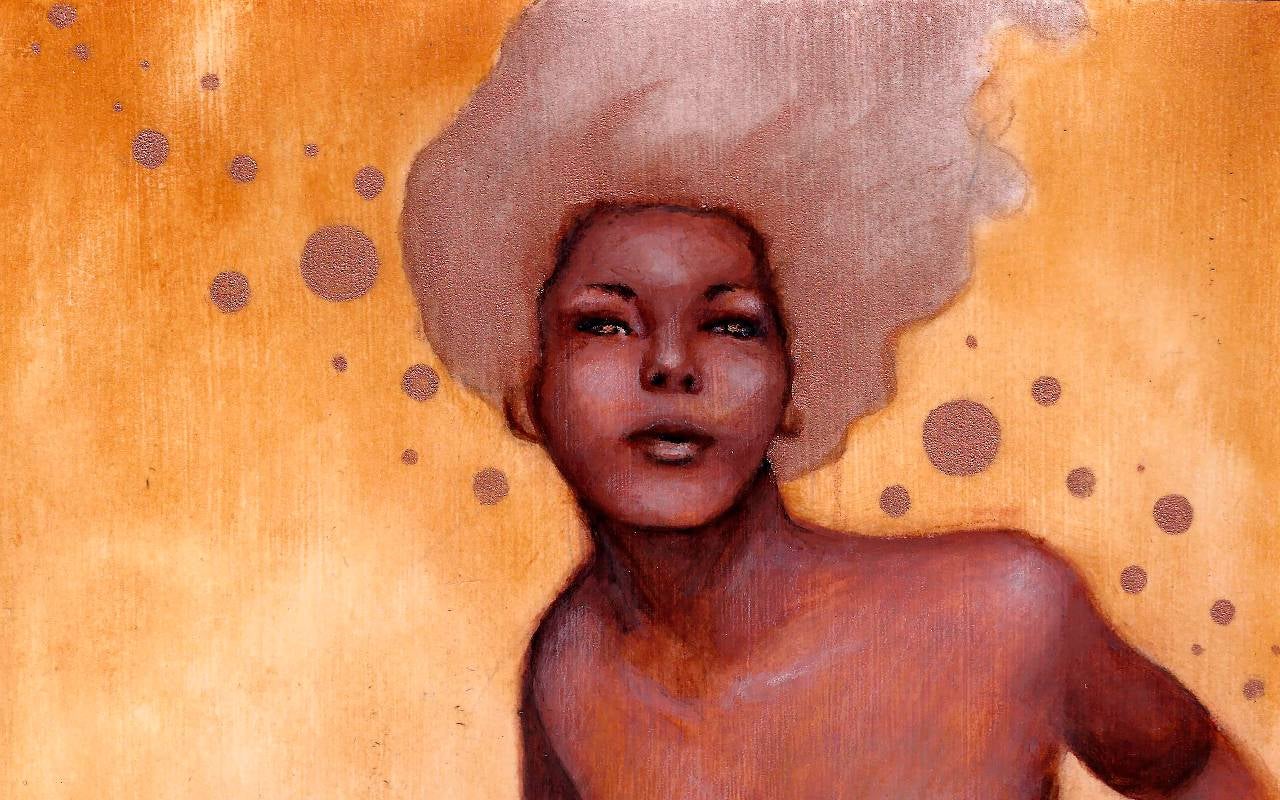 “Saturn Arrives was part of a body of work I created entitled ‘In Media Res’ [in the midst of things]. The body of work explores different facets of and untold stories surrounding love, loss, and transformative experiences. This painting was inspired by the idea of [the planet] Saturn’s return, which occurs every 27-30 years. I was coming to the end of my first return [and was not feeling as if I had arrived where I wanted to be in my art career]. It’s part of a diptych - this figure was looking confident and straight forward, eyes open, because that’s what I desperately wanted for myself. Both paintings have 27 copper circles in them, although the copper isn’t oxidized which is fitting - that pretty oxidation occurs with age and experience, and I hadn’t arrived yet. I still haven’t. It takes a lifetime to get to Heaven.” - Marlana Vassar

Marlana Adele Vassar is a Pittsburgh-based artist and a 2006 graduate of the University of Pittsburgh. Largely self-taught, Vassar seeks to balance style and substance in her artwork. Vassar is known for her lavish figures and her attention to detail in her mixed media creations. Her work has attracted diverse audiences and has earned numerous accolades. Vassar’s work has been featured in national museums, galleries, printed publications and is represented in public collections, including recent acquisitions by the City of Pittsburgh and Penn State University.