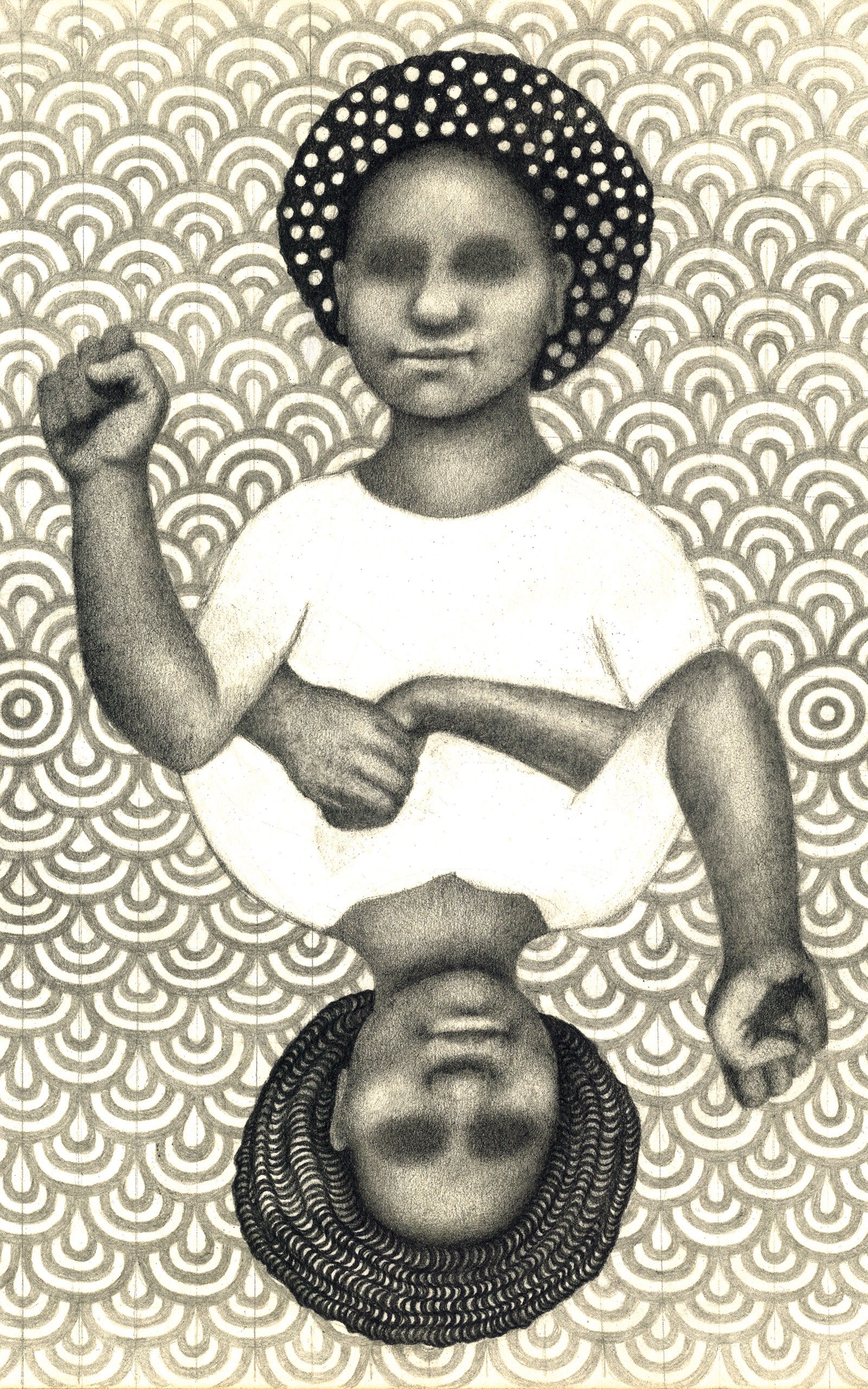 “I wanted to create an empowering image to contrast the grim state of systemic racism in America. This is a protest piece: the emanating waves of rings or targets recall the lives lost in the struggle for equal rights. Yet, hope prevails in the central figures, with fists raised they are joined in reflection. The surreal symbolism leaves room for interpretation, while conveying a message of solidarity with Black Lives Matter (BLM).” - Antonia Andrioti

Antonia Andrioti creates a peculiar hybrid of political satire, philosophical musings and visual one liners through drawing, painting and stone sculpture. Her work has been exhibited in galleries in the United States, as well as in public festivals in New York, Pittsburgh and Athens, Greece. She resides in the Pittsburgh area.