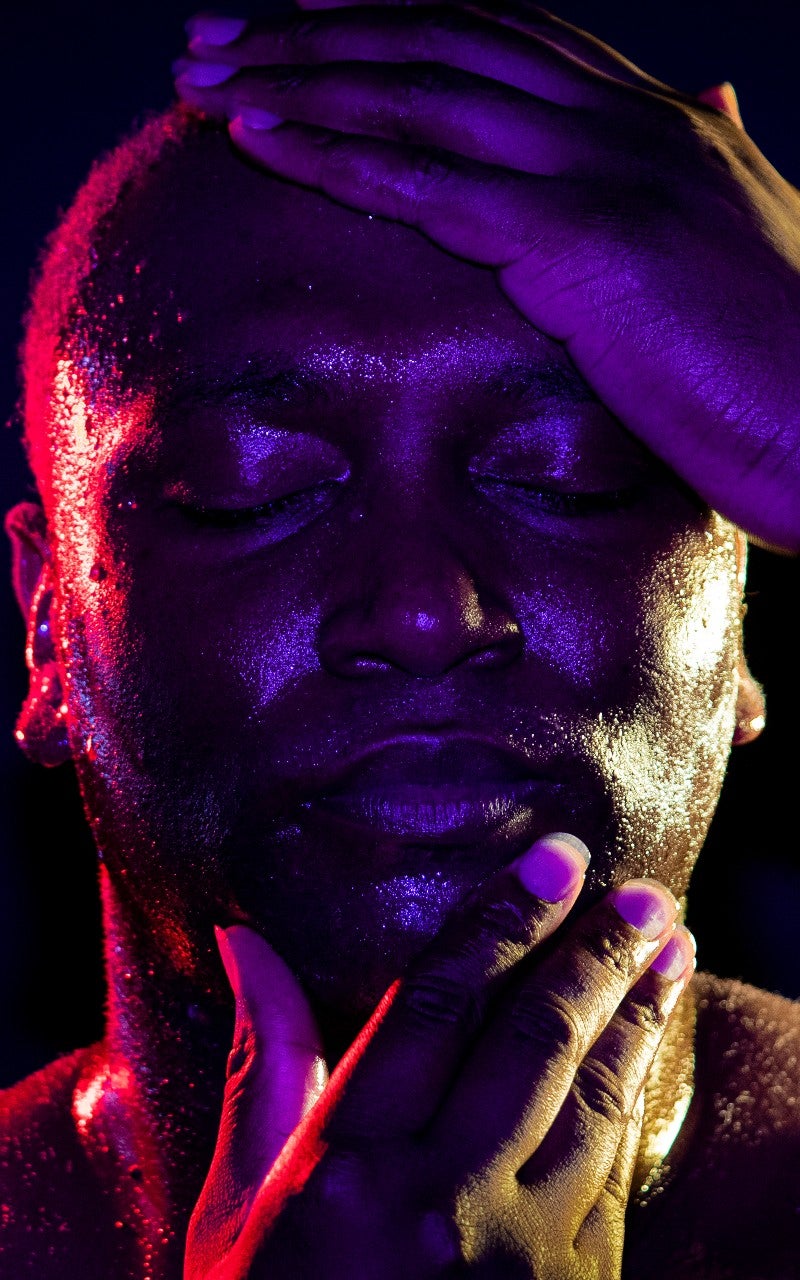 Monteze Freeland
Facing The Heat, 2020
Photograph by Eric A. Smith

“In Summer of 2020 my colleague, Eric A. Smith, and I set out to complete a visual journey of me facing my fears. As a Black man, every social fear I had was played out on screen daily: being killed in the street (George Floyd) being killed at home (Breonna Taylor) and even being killed while being an artist (Elijah McClain) - which brought my internal fears to light. This anxiety manifests itself in many ways but primarily with me becoming increasingly hot, sweaty and bothered when faced with this daily visual and mental barrage. I would run from that feeling. Try to instantly remedy it. But one day I decided to explore the idea of purposefully sitting my fears. Including my fear of falling into obscurity, my fear of physical acceptance, and even my fear of birds. We have not completed this series as it was tasked to take place over a year’s time and in conjunction with me facing these fears in therapy. But what we have is the beginning of that journey which is a physical representation of me facing the heat of the world.” - Monteze Freeland

Monteze Freeland is a multi-disciplined artist who primarily works in the theater sector. He has acted, directed, written plays and musicals, and produced plays in Pittsburgh and beyond. Originally from Baltimore, Freeland graduated from Point Park University and now calls Pittsburgh his artistic home.